I have finally returned to Black Magic Bullets. This chapter is very short, but after so long a wait, I wanted to post something. I’m sorry for the delay. Before I present this next chapter, let me explain what led up to the previous chapter.

I had no idea what would happen when Kenzi and Harrison entered the basement. Usually, I’d just write out of order and go to a scene a little further along in the narrative, but since I’m posting the first draft publicly, I didn’t want to leave the audience hanging. By moving on, the next scene usually tells me what needs to come before. In that way, I can become unstuck and move on. Since I wasn’t going to do that, I had reached an impasse. Luckily, an idea arrived quickly.

Everything I read, watch, and experience tends to inform how the story develops. Black Magic Bullets is no exception.

Interestingly enough, we ended up putting on Bright with Will Smith on Netflix one night. Not a great movie, even when just streaming in the background. 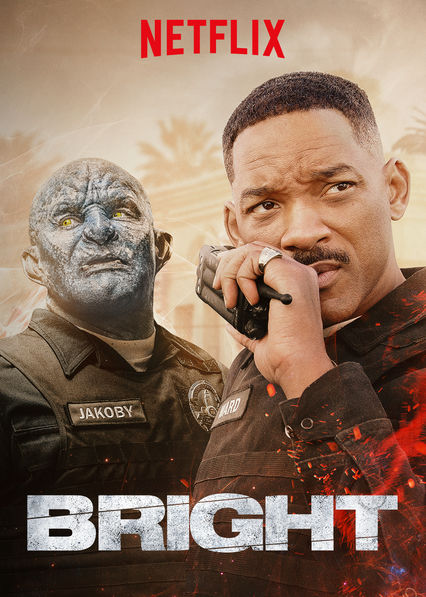 Bright reminded me of Alienation meets Lord of the Rings in an Urban Fantasy world. I thought it interesting how close the orcs and elves were to J.R.R. Tolkien’s creations. After the movie ended, I realized I wanted to put orcs in the basement level of the building in Black Magic Bullets. I was intrigued but didn’t want my story to be derivative of Tolkien’s world. 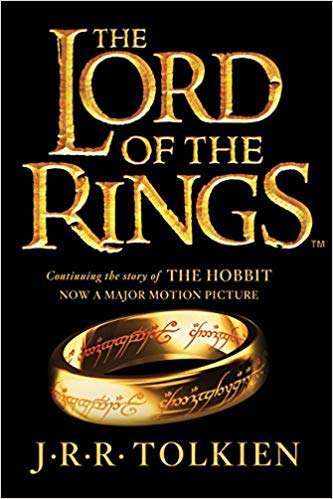 The Lord of the Rings*

Then I remembered Ogre, Ogre by Piers Anthony, a novel set in his Xanth series. I hadn’t thought of that novel since the mid-80s. Using an ogre appealed to me more since they’re derived directly from world mythology.  And that’s how ogre’s ended up in my manuscript. 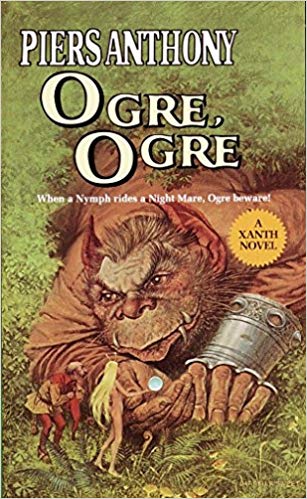 The next location went much the same way as the first, this time—thankfully— with no ogres. That was a relief. But all this searching was eating up time.

Cyber contacted us not long after we dejectedly left the second abandoned structure. She had an idea for a place to check out that I would never have imagined. I supposed that was why Dreadstone employed her. She had thought through the situation and trusted her, but I still didn’t have much hope of finding Dedra’s body.

When we arrived at the maze of small buildings, the sun had reached its zenith.

I already hated this part of the job. I couldn’t wait until my mystical abilities matured.

I took the hit of the gas and stepped out of the BMW.

Entering the maze, we snaked our way through squat metal buildings. Kenzi followed my lead. Each unit painted blue reminding me of the identical prefab houses in the culdesacs of the middle-class and the ubiquitous brick government housing of the underprivileged.

Then I saw the signature and told Kenzi as much. I wish I hadn’t.

The storage locker looked the same as any other, but this one was different. Would the locker contain Dedra’s body? I didn’t want to know.

Kenzi stepped in front of the locker, raising a crowbar.

Metal struck metal. Once, twice, a third time. Finally, the padlock gave way. Plucking from its resting place, Kenzi tossed it. The padlock bounced once off concrete and came to rest.

Squatting, Kenzi lifted the gate and immediately turned her head.

Foul air escaped the confines. Now I knew the odor of the dead.

Kenzi turned her head as if slapped. I suspected once we found the body, I’d turn green and throw up. Unlike the male body in the basement, this one had succumbed to heat and cold and was generally worse for wear.

Although I felt queasy, my stomach didn’t betray me. I was grateful. The last thing I wanted was to lose my cookies in front of Kenzi.

“If this is her,” Kenzi said, examining the body. “We won’t be needing that shovel.”

Kenzi grabbed a body bag from the trunk and then returned.

“The body’s female,” she said. “We bring her back to Dreadstone.”

“Then we have a murderer to find.”

*As an Amazon Associate I earn from qualifying purchases.