Between family obligations and the slower nature of this next chapter, It’s been a couple days since I’ve checked in. Glacial is probably a good word for how the writing has been proceeding.  Most of this is because world-building and crafting a mystery out of whole cloth are labor-intensive.

I’ve now reached a point where each layer is crucial to building a cogent and engaging narrative. There’s no doubt that I’ll have to go back and flesh out some early scenes as I move forward. Still, I’d like to keep the narrative readable and understandable, even in rough 1st draft form. Don’t forget, I’m writing this book organically (by the seat of my pants) and, as such, I’m not using an outline or figuring out anything beforehand. I’m trusting my subconscious mind to fill in details between writing sessions.  For now, I’ll consider this chapter finished and present it to you.

As it stands, I think this is shaping up to be a Dresden Files meets Monster Hunter International type of book. 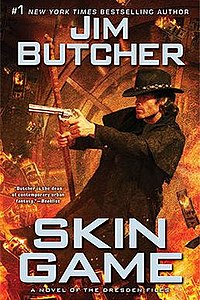 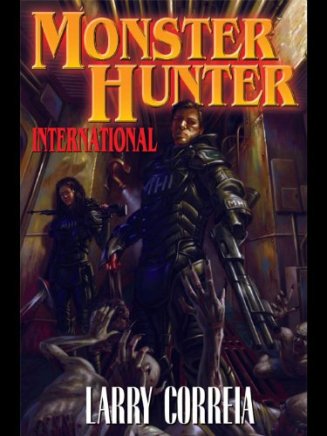 Kenzi touched an access card to an electric eye. The locking mechanism clicked open, and then we were through a pair of blast doors and inside what looked to be a two-floor loft that housed a control center of sorts. Workers buzzed to and fro, some wearing shoulder holster rigs over button-down shirts or blouses, looking more like Government Agents than employees of Dreadstone.

Lit by natural lighting, coming from the frosted glass windows above the fray, as much as by electric lamps suspended from the vaulted ceiling, and with the addition of people moving about, created a shifting chiaroscuro, the light highlighting suspended dust particles, making the place appear fog-enshrouded.

“Welcome to The Body,” Kenzi said.

“What is this place?” I asked, genuinely curious.

“It’s an acronym. B-O-D-I-E. BODIE. The Bureau of Defense Investigations and Espionage,” Kenzi said. We’re like a private FBI for the Dreadstone Company.

“Like the name implies, we take care of the physical needs of the corporation—including but not limited to providing protection for our psychics, dedicated wizards, and recruiters like yourself.”

“I never would have guessed Dreadstone had its own private army,” I said.

“Oh, no. We’re not the army,” Kenzi said as she brought me over to a bank of beige cubicles. “You haven’t seen anything yet.”

“This is Cybil,” Kenzi said.

“I go by Cyber,” the woman with the buzzcut and the black fingernail polish said.

“She’s what we call a BRAIN transplant,” Kenzi said undeterred, explaining that BRAIN was another acronym for Dreadstone’s Computer science and hacking division: Biologic Computing, Random Access, AI, Information Systems, and Nanotech. “She works here in the BODIE helping us expel viruses and track down baddies using the information superhighway both in Surface Web and all levels of the Deep Net.

“If not, the BRAIN wouldn’t know what the BODIE is doing,” Cyber said raising an eyebrow. “That’s just a little Dreadstone humor for ya.”

“We have some intel and clues from SPIRT,” and then for me added, Sorcery, Psychics, Incantations & Remote Viewing.”

“Who are we talking about?” Cyber asked, raising an eyebrow.

“Chavvi,” Kenzi said deadpan. I had no idea by her intonation if that was good, bad, or indifferent.”

“Oh, she’s really good,” Cyber said as if she was telepathic herself. Her response also seemed to imply that Dreadstone had employed one or more psychics of dubious reputation. “Lay it on me.”

“We’re looking for an abandoned building on the waterfront. A killer who is skilled with a garrot or at least has been accused of strangulation in the past, and a wide tie a man would wear that might be a homophone or an exact match for a lemure’s last name.”

“The property records search is the easiest. Do you know how long ago the lemure went missing?”

“I can’t give you an exact date,” Kenzi said. “Her clothing while reduced to rags looked modern enough. I gave a sample to Chavvi to get her impressions.”

“If Chavvi’s done, I’d suggest sending the sample to the lab,” Cyber said. “Even though most of the physical effects are just ectoplasmic facsimiles, for a period of time Dreadstone can determine what type of fiber was in the original garment.”

“How much time will that take,”  Kenzi asked.

“Too much,” Cyber said. Kenzi nodded. “Let’s work with what we have. You mentioned a wide men’s tie. Let’s see if I can get some terms we can search.”

“The first possibility that comes up is the cravat tie,” Cyber said. “What’s the first name?”

“Dedra,” I said before Kenzi had the chance to respond. If it bothered her, she didn’t show it. I was beginning to feel ineffectual just standing there.

“Nothing comes up under that name combination,” Cyber said, continuing to click and clack on the keyboard. “Let’s try Ascot.”

We waited as Cyber completed her search.

“Bingo!” Cyber said, jabbing a finger down on the enter key for emphasis and then swiveling on her chair to face us. “You’re in luck, Ascot is an unusual name and I only a few hits in the Boston Area.”

“We have one,” Cyber said, her fingers still dancing over the keys. “Reported missing back in 2004. Cold case.”

“Send me all the information on the case, along with a list of the abandoned buildings,” Kenzi said. “ Keep searching. I’ll still have Chavvi send the sample over to the lab. No time like the present to being our search.”