This is only my second day working on my NaNoWriMo novel. I wasn’t sure about joining in on the festivities, but after writing a short 800 words yesterday, I felt like I might be on to something. Also, had an encouraging Twitter comment from a very kind reader comparing my scant pages to Jim Butcher’s The Dresden Files. Wow! Those are big shoes to fill! Although very flattering, and it certainly made my day, I won’t let it go to my head.

I got up early and after helping my wife get off to work, and feeding our cat, I wrote the 1st draft of the 3rd and 4th chapters. I made word-count easier and quicker than expected. Sometimes it works out that way. I’ll take it. While I might write more later, I still have the 3rd draft edits of an 80,000-word horror thriller on my plate and some short story work I need to revisit. 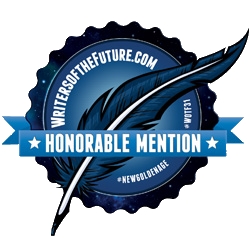 While I have you here, I  wanted to mention I’m now officially listed as receiving an Honorable Mention in the 3rd quarter of the L. Ron Hubbard Writers of the Future Contest. My story ended up in the top 2% of all submissions. This is one of the most prestigious contests in the Science Fiction and Fantasy genre with thousands of entrants every quarter.  A contest like this can make your career. If you write SF&F, you will be well served to enter this contest. Bring your A-game and strive to be better every submission. And like Han Solo famously said, “Never tell me the odds!” If you want to see all the contest winners along with the Finalists and Honorable Mentions, click the link here. 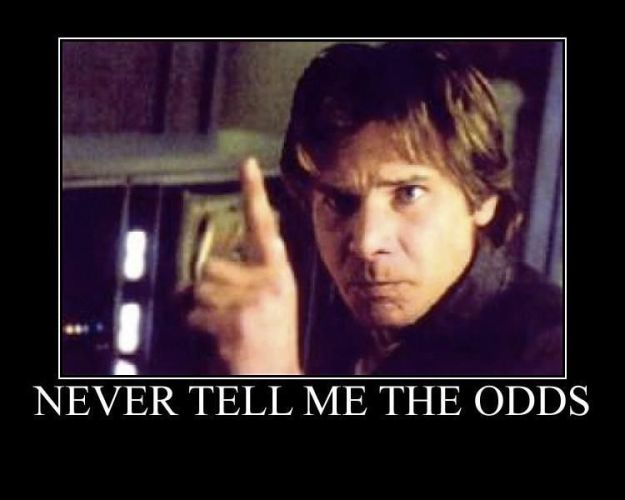 I know I owe you another The Scribes Arcanum blog, where I talk about short fiction sales, and I hope to post more shortly.

Now without further ado, the next first draft chapters of Black Magic Bullets. Click here to read chapter 1 and 2.  Let me know what you think in the comments or on social media. I wish you all the best with your writing.

As I approached the elevator bank I caught sight of a young brunette, very well put together, very corporate, stepping out of the cab. She stopped for only three-tenths of a second. Gave me a once-over and then headed out to, I could only imagine, a trendy restaurant for her lunch break. Almost a full foot taller than me, I mussed that dancing might be out of the question.

Feeling like a geek all my life, I was taken aback. Did that girl just check me out? I wasn’t used to it, but I couldn’t say I didn’t like it. Must be my new suit.

They were waiting for me when I stepped off the elevator. It wasn’t the 666th floor but the ascent felt like it. My ears popped more than once on the way up.

“Jasmin Stone, Executive Vice President of Human Resources,” the woman with the black silk skirt suit and the morticians smile greeted me with a cold handshake and spidery fingers.

“Just Harrison,” I interrupted. Hate is not the word for what I think of nicknames.

“I’m not a fan of names with three syllables,” she said with a wink.

“Harris,” I said, trying not to sound exasperated. Seemed like a fair compromise.

“Well then, Harris,” She said splaying her fingers palm up, directing them toward a man in an equally shiny silk suit. “This is James Peal III our Director of HR. We’ll be conducting the interview. Come this way please.”

Instead of a cold clinical corporate headquarters, the expanse of hallways and offices exuded warmth and reflected the refined taste of the CEO and executive management. Yet, instead of classic prints or success platitudes, oil paintings that can only be described as ghoulish adorned the walls. I wondered if they had been purchased from a serial killer’s estate sale.

The conference room held nothing out of the ordinary, a long mahogany table, set with a water pitcher and glasses on a tray in the center, with plush crimson chairs surrounding, and a 75-inch flatscreen obelisk hanging on the wall, as reflective as any mirror.

They sat across from me, my puny resume placed in front of them. I had no experience to speak of and very little education. What did I have to offer?

“We don’t care about your resume,” Jasmin said as if reading my mind. If the rumors were true about Dreadstone, maybe she could. She tore the paper in half leting it float back to the tabletop.

I didn’t know what to say, so I said nothing. My heart raced and my palms felt clammy. I placed my hands below the table to wipe them on my pants.

“What Ms. Stone means,” Peal said interjecting to break up the silence. “Is we’re not interested in your previous work or schooling. We want to see if you can recruit for us. It’s a very special type of recruiting that only those who have spent time in the environments you have could accomplish successfully.”

“How will you know?” I asked. It was no idle curiosity. I had a very bad feeling about what was going to happen next.

“We’ll test you,” Stone said, with a mischievous sparkle in her eyes.

“How?” My mouth went dry and I found it hard to wrap my lips around the word. I pointed toward the water pitcher. Stone nodded. I waited a beat but when it didn’t look like Stone nor Peal were planning on playing gracious host, I reached for a glass and helped myself.

She sat patiently until I’d hydrated before continuing.

“There is a… place we call the Collective. The old joke is that you can’t get there from here. That is more than true. You can’t walk there or call an Uber. No bus, train, or plane can reach that destination.

“It says here that you have martial arts training,” Stone said, pointing to the ripped resume before her.

“Have you pursued mediation?”

“Yes,” I said, then qualified, not wanting to oversell myself. “A little.”

“Good,” Stone said, a smile coloring her voice. “The best and safest way into the Collective is through transcendental meditation, but it will take time for you to develop the skill.”

“What do I do until I gain the ability?”

“I’m glad you asked that,” Peal chimed in. “You might not be, though.”

With that, they led me out into a hall and to another room.

What was I getting myself into?

The ritual room was more refined than any I had visited. In my teenage years, I hung out at The Chasm in North Hampton. Even in the wilds of Western Massachusetts, the owners went to great pains to hide the place from the inquisitive and the hostile.

Normals fear what they don’t understand and during The Chasm’s early years someone threw a brick through the decorative plateglass window. After that, the owners had cast a masking spell around the store.

A friend I had met at another occult shop had given me the procedure to get in.

I would pull up on the opposite side of the street, and shut off my mother’s Hyundai. Looking across the way, I’d see a cluster of businesses accordioning in on themselves.

My retinas didn’t register The Chasm. It stood all but invisible until I closed my eyes and relaxed, pushed away my desire to visit, and remained still.

As my mind quieted my body calmed, my heart rate slowed, and once I opened my eyes again, I’d see The Chasm as if it had materialized out of nowhere.

The ritual room in the basement had been outfitted similarly but was more utilitarian. I had only walked through the ritual space at the Chasm, never having the confidence nor the courage to do more than observe some basic wizardry or a local coven celebrating the change of the seasons during Samhain or Beltane. The sexually charged Beltane rituals were always my favorite. Can you blame me?

Here the ritual room had been tiled, the same as the hall, in a rich black stone. A ubiquitous pentacle had been etched into the floor, porcelain white over ebony granite.

Dim red recess lighting kept the place dark and reminded me of a photography darkroom.

Yet, the glow remained bright enough to reveal all the tools of the trade: a small portable altar, stick incense–I could see that it had been hand-dipped, the kind of quality and attention to detail that relieved the inhaler of headaches caused by caustic additives–very expensive–a bakers dozen of double-sided antheme blades, a bowl for the creature of water, and another for the creature of salt. A solitary black candle waited on the alter for the creature of fire, and a red, blue, green, and yellow candle stood on pedestals at each cardinal compass point.

A dozen-plus suit valet lined the far side of the room.

Why are those here?

I didn’t have to wait long for my answer.

“Undress,” Stone said simply as she and Peal to-the-third-power led me over to the valets.

“What?” Had I heard her right? I didn’t see a changing room.

“What, are you that modest?” Stone asked before her crimson lips upturned into a devious smile. “I was under the impression that anyone who made time at The Chasm or Phantasmagoria would have no problem disrobing around others.”

My mouth went dry again and all I could manage was a nod.

Sure, I had observed Beltane rituals, one of the few nights where outsiders to the covens were allowed to watch the Alexandrian or Gardnerian witches do their thing skyclad, but I had never been the one disrobing.

When in Rome, I suppose.

Averting my gaze as much as my curiosity would allow, I tried not to stare at Stone’s porcelain skin or her chiseled curves. I didn’t want to embarrass myself.

Now with all of us metaphorically clad only by the sky, Peal removed a portable breathing mask connected to a canister from a draw in the valet.

“You’ll need this if you hope to enter the Collective,” he said, handing it to me.

“What’s in it?” I managed, not relishing the idea of inhaling some unknown substance.

“Ethylene gas,” Stone answered. “You’re holding a concentrator. Turn the valve one turn widdershins when you’re ready and breath deeply. No more than that at a time. This is the same inhalant, with a couple extra additives, used by Pythia the Oracle of Delphy. If you over concentrate you’ll end up babbling gibberish and will be no use to us. Not only will you fail the test, but you could end up dead. No pressure.”

Yeah, no pressure. Sure.