Having noticed the From Beyond the Grave anthology’s open call for submissions, from Grinning Skull Press, I sent out Phantom Chasers, and received an acknowledgment on September 26, 2012.

During this time, I was finishing up the final edits of a novel I’d been writing, a reimagining of the original manuscript, and coordinating with a cover artist and a professional editor for a self-publishing effort.

On December 25, 2012,  an acceptance from Grinning Skull Press hit my in-box. I couldn’t believe it! With the help of excellent editorial feedback and my wife’s brilliant proofreads, I had edited Phantom Chasers into print! 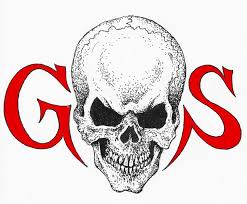 The work that came after the sale: I signed the contract, provided the publisher with an author bio, reviewed and approved the galley proof, and received payment. Then, as with every anthology or magazine where I’ve been published, I assisted with promotion.

I was included with a very noteworthy group of writers.

For some, death is not the end. There are those who are doomed to walk the earth for all eternity, those who are trapped between one plane of existence and the next, those who, for whatever reason, cannot or will not let go of the lives they left behind. These are the vengeful spirits, the tortured souls, the ghosts that haunt our realm. Welcome to FROM BEYOND THE GRAVE, a collection of 19 original ghost stories.

You can buy From Beyond the Grave here.

The editor contacted me with an opportunity for feedback. Turns out an author he admired, on the condition of anonymity, offered to give a critique to the writers in the anthology. This author read the stories and commented. If we were interested, the editor would send the author’s comments and suggestions for future improvements. You bet I was interested!

Pro-tip #3: Always take feedback. You don’t have to use it, but constructive criticism should always be welcome. You don’t get better through praise; you get better by accepting that you’re not perfect and neither are your stories. Then you get to work making them better, learning with each experience until you reach a professional level. It doesn’t happen overnight. It can take a long time. For some, it never happens. All you can do is work as hard as possible to reach your potential.

I’m having a hard time finding the original un-redacted comments. Here are the positives I’ve shared publicly. I pulled it from an earlier blog. I’d love to know who this author is, but I respect his or her privacy.

“Another good one. A very unusual idea which was extremely well executed. Even as short as it is, the character development is pretty damned good. We know who these people are in just a few lines. The foreshadowing… is a mite obvious, but it doesn’t matter. We KNOW that someone’s going to… die from very early on, but the author makes it work anyway…”

Okay, first, what can we take away from the anonymous author’s comments? The author felt the story was unique and well constructed. This reinforces my proficiency with story structure. Also, character development is noted as a strength. I’ve been told that previously by other editors. Always concentrate on your strengths. I’ll write a blog on why that’s so important in the future.

On the negative side, I telegraphed the ending. Yet, the anonymous author thought the story worked anyway. Not a big deal, since genre stories often follow a pattern. The idea is to make the story so enjoyable that the reader forgives formulaic structure. Readers will excuse your deficiencies as long as you excel at other elements of the story.

If memory serves, the anonymous author took umbrage with my description of behind-the-scenes television. He felt that I didn’t know that TV shows need plenty of people off-screen to produce a TV program. Fair enough. That is how I present the pre-production in the story.

I am taking liberties. Ghost shows, especially Ghost Adventures, make it appear as if the main people are alone during the investigation. This might just be TV magic, but isolation is a big part of the show.

The same with crafting a horror story. A sense of isolation, a feeling of being trapped, is important. If there’s avenue for escape, why don’t the characters leave?

You must also condense a short story’s narrative.
For those reasons, I didn’t fret realism.

Now, just because it’s fun to write about, I have some experience in television. In the early 90s, for a few semesters, I completed a work-study program in the broadcasting department of a local community college I was attending. I worked with students on their projects, including taped TV programs shown on a local cable channel.

I ran audio and worked as on-screen talent. I even had the chance to learn old school linear editing. I ran audio and lighting for Dr. Timothy Johnson (ABC) at a lecture he gave in the college auditorium. I performed the job of many people that night (yes, I did it all alone). It was hectic, but it was a lot of fun!

Anyway, the anonymous author was right. Anyone who has worked in TV would shake their head at how I presented the production in the story. Most readers don’t know what it takes to create the shows they watch so it’s safe to keep the story as is. Most will never know.

Yet, it is important to acknowledge where the weaknesses in the story lie, and then to weigh dramatism against realism. Bruce Willis loves to squeeze through air ducts in the movie Die Hard even though it’s not possible to do this in real life——and we love it. For 90 minutes we believe he can do it! Drama wins out!

In our next thrilling episode, I’ll go over the judgment call of giving away your stories. Is it ever worth not getting paid for your work? We’ll talk “sharing pages” with the cool kids. When you’re starting out, can association be as good as money? I’ll try to answer these questions next time.

Hey, feel free to give me feedback. I’d love to hear from you. Tell me about your own attempts at publication and about any successes. I’m sure readers of this blog will benefit. Better yet, blog about your experiences and leave a link. We can never have too much information.