Note: Since most people are sheltering in place, I figured I’d make my first novel FREE for as long as Amazon lets me. You can get Wolves of Vengeance here. If you read it, and you’re so inclined, I’d love for you to post a review on Amazon. Just a few sentences and whatever star rating you feel it deserves would be perfect. Thanks!

Back in 2006, I abandoned my first novel. I had spent four long years trying to wrangle that mess of a manuscript into a cohesive whole, and by the time I figured out how to save it—I had a big problem. My skill level at the time was no match for the complexity of the story.  I stepped away from the project.

I decided to develop an idea originally envisioned as a screenplay.

The seed of that idea came from an incident in high school and the aftermath that would stay with me forever.

The “stranger comes to town” motif of Stephen King’s novels, along with the “man and woman come together to defeat a great evil while healing themselves in the process” motif, often seen in Dean Koontz novels, inspired my approach to this story.

Also, the film Flatliners, where Kiefer Sunderland’s character “flatlines” and has a confrontation with the “ghost” of the child he bullied when he was younger, was very influential. 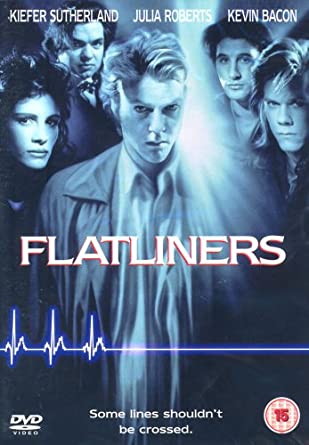 In 1987, after dealing with bullies in my freshman year, I attended an old school Tae Kwon Do dojang (training hall). Our teacher ran the place like a fight gym. The students were motivated adults, mostly working-class men who liked to beat the crap out of each other for fun. It was a rough tutelage. We maintained military bearing, conditioned ourselves like fighters, and lived for continuous contact sparring practiced every night without safety equipment.

Within a short time, the fierce reputation of the dojang, along with winning a few school fights, ended the bullying.

In my senior year, I slacked off a little with my training. Without the constant need to defend myself, I lost my motivation.

Without going into the details, I had an altercation with a student. We’ll call him Jack. After the encounter,  he said he would beat me up after school.

I waited for him in the parking lot, but he never showed. That should have ended it.

Instead, the next day, a female student asked if Jack and I had fought. I told her he never showed. And then, stupidly, I added: “He must have been too scared to fight me.”

My comment didn’t allow Jack to save face. I had just been afflicted by the symptoms of foot-in-mouth disease.  My remark made it back to him, and this time he was waiting for me after school.

We had a standoff and a shouting match. The principle broke it up. Although we threw no punches, we both declared victory.

Of course, neither of us wanted to fight and is the reason we ended up in a stalemate. But from that point on, I needed to train just in case we ended up throwing down.  I went straight back to hard training at the dojang. Two years later, I would earn a black belt. You can watch the highlights of that test here. Skip to near the end for sparring.

Jack and I never had words again. We ended up at the same party once, not long after high school, but we kept to ourselves.

The last time I saw him, he was walking around the downtown area. I was driving my girlfriend’s (now my wife) brand-new car. We made eye contact. That moment seemed like a little victory.

I never forgot about our skirmish, though. Without a resolution, the incident nestled insidiously in my subconscious.

A few years later, my dad called to tell me Jack had died of a drug overdose.

I began to wonder what would have happened if he had turned his life around. That gave me an idea. I could give him a new life in the screenplay idea I had always meant to write. In that instant, Jack Amon and Wolves of Vengeance were born.

Next time, I’ll explain how I expanded the idea into novel form and how I developed the main cast of characters.

*As an Amazon Associate, I earn from qualifying purchases.